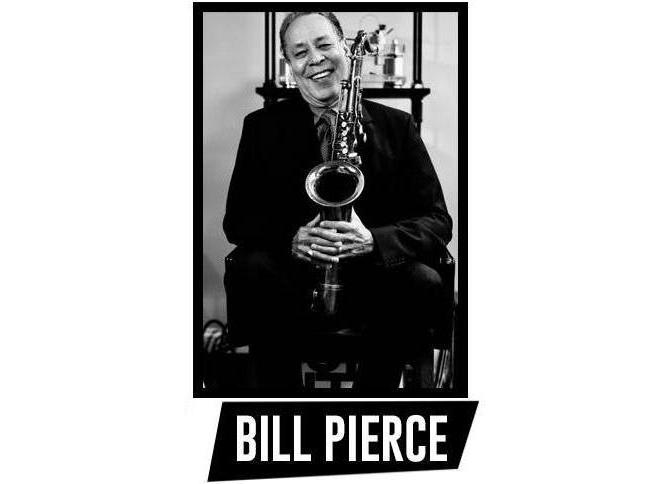 Pierce, William (Watson), saxophonist and educator; b. Hampton, Va, September 25, 1948. Bill was raised in Jacksonville and Miami, Fl. His parents, Frances and William, Sr. were educators. Bill began saxophone lessons in public school. In his senior year he took oboe lessons at the university of Miami. He attended Tennessee State University for two years. He transferred to Berklee College of Music in 1968, graduating in 1972. Bill began performing in the early 70’s in Boston while a student, appearing with artists such as Marvin Gaye and Stevie Wonder. In 1980, he joined Art Blakey’s Jazz Messengers, serving as musical director and sharing the bandstand with other young talents including Bobby Watson, Wynton and Branford Marsalis, and Donald Harrison. After three years of recording and touring with Blakey, Bill returned to Berklee, where he became an Associate Professor in the Woodwind Department. During this time he was active in both the Boston and New York scenes and regularly performed with the Freddie Hubbard quintet. In 1985 Bill joined the Tony Williams Quintet. He made five recordings with Mr. Williams and toured Europe, Asia, and America. Since 1986 he has divided his time between academia, performing, and recording under his own name for the Sunnyside label: William the Conqueror, Give and Take, Equilateral, One For Chuck and Rio. More recently, he has recorded Epistrophy (Evidence Records), Froggin’ Around (CIMP), and Burnin”(Criss Cross)